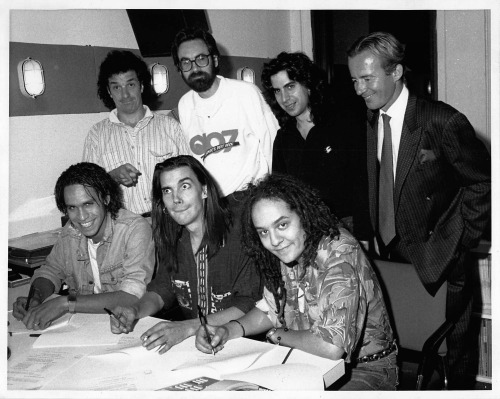 Bootsauce was a funk metal band formed in Montreal in 1989. Their music was a sample-heavy blend of punk and Motown-style funk, which made them stand out quite a bit from the rest of Canada's musical acts of the time. They released four studio albums, two compilation albums, and thirteen singles, before disbanding in 1996.

The albums The Brown Album and Bull went Gold on the Canadian sales charts.

Copyright 2019 Piscean Entertainment in text, illustration, and site design. All lyrics and photographs copyright Bootsauce and Vertigo/Polygram unless otherwise indicated. Images and lyrics are reproduced here for non-profit informational purposes and are considered fair use. All rights reserved.